"Do you want to know how long?" my oncologist Dr Ahmad asked me back in early March.

Of course I bloody well did. I'd been trying to get a straight answer to that very question for weeks and the answer ranged from flat out denial along the lines of "we don't know everyone is different" to vague wishy-washy phrases like "medium term" and at last someone was going to give me a number.

I was studying mathematics at the time, I like numbers.

"Six months if the chemotherapy doesn't work, Eighteen or so if it does."

I could well believe him, we were about a month on from the diagnosis of the liver metastases and things were not going well; I'd been to the doctor to see about getting something with a bit more grunt than paracetemol as the over the counter stuff wasn't touching the pain any more and the neighbours, who we hadn't told, were asking if I was OK as I'd lost so much weight and was starting to get that grey pallor pinched face cancer look.

But six months. "Bugger" I think I said.

Probably followed by "Well, sod that!"

Anyway I made a promise to a very upset Mrs Dracunculus that I would be about to hang something on the Christmas tree that year. A little aeroplane decoration that she'd bought me when I was tooling around the skies in a PA28 (did I mention I'm one of the few dragons that's got a flying licence?)

So having spent the rest of the year being injected with radioactive Yttrium, poisoned by drugs developed from first world war mustard gas, simultaneous projectile vomiting and diarrhoea and not forgetting the man in bed 7 here I am. And here is the tiny aeroplane. 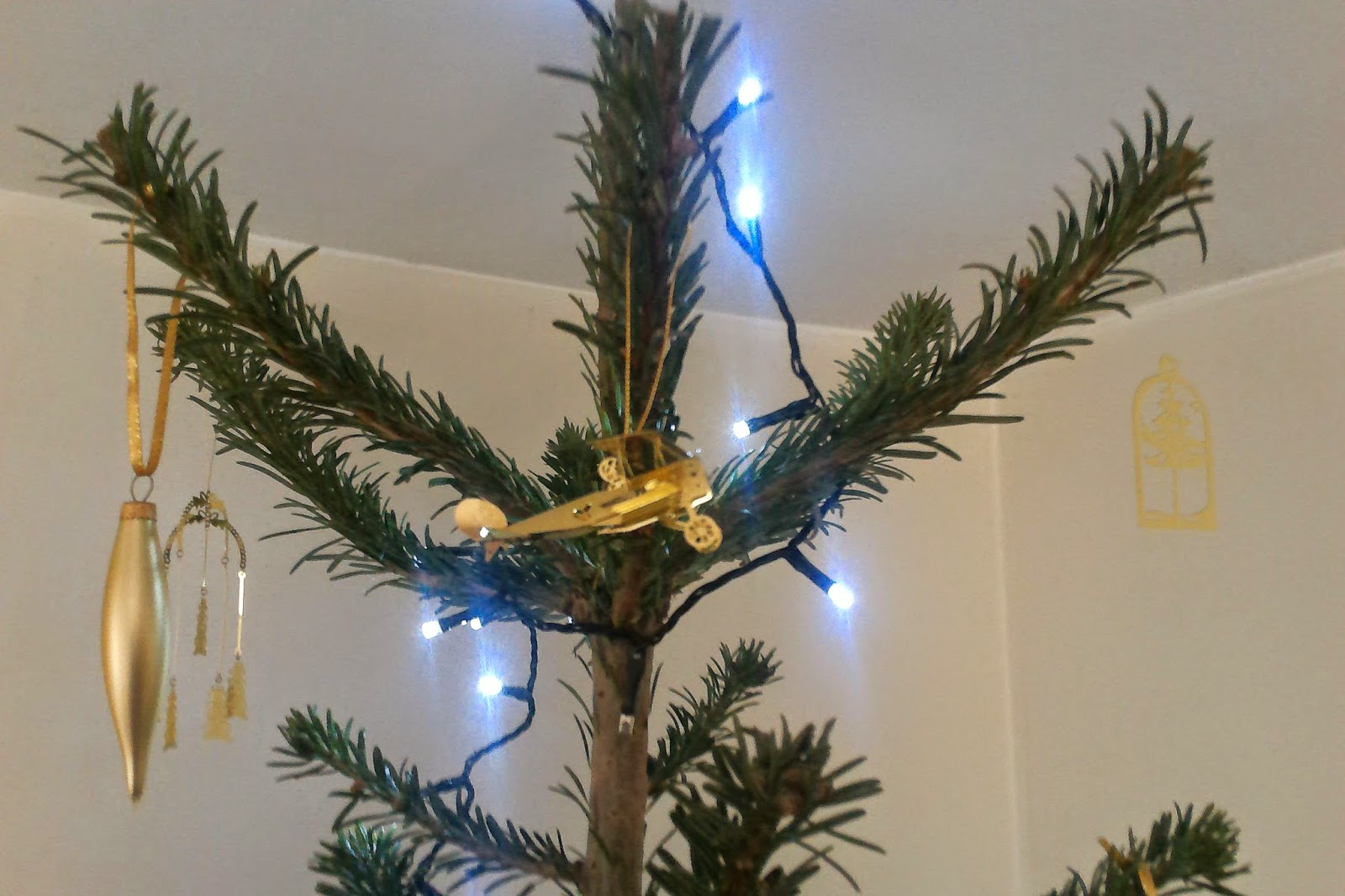 Going to put it up next year too. Sod off cancer.
Posted by Dracunculus at 03:13