I follow a journalist on Twitter (@johnelworthy  if you want to give him a follow) and he mentioned in a tweet that he was going to stop using the phrase "x died after a battle with cancer". I was most pleased with this and told him so as sometimes I wonder if I have accidentally joined the army since getting my diagnosis.

Cancer is surrounded by war metaphors. Cancer is an "enemy" to be engaged in "battle" that you "fight" using the "weapons" of chemotherapy and radiotherapy. I really don't know where it comes from but its lazy, innacurate and really tweaks my tail. Its a disease and I'm being treated for it; I'm not fighting the second battle of Ypres for crying out loud.

And of course the soldiers in this battle, that would be me, are always "brave" and "heroic". No we aren't. Bravery is rescuing a wounded comrade under fire. Heroism is running into a burning building to save the life of a child. You have a choice to be brave or heroic, having cancer isn't a choice it's just something that happens to you. Sure as a cancer patient you can be stoical and I think I am* but brave, not a chance.

Anyway the enemy will be engaged once more at Addenbrookes at 1300 hours this wednesday. Synchronise watches men! This is life during wartime

* Mrs Dracunculus may disagree as she has to put up with my grumpyness
Posted by Dracunculus at 07:38 1 comment:

Its working, but at a price.

Every couple of weeks the nice folk at the hospital extract a bit of blood from me. As time has gone on the PICC line has become increasingly uncooperative to this endeavor and today in order to get a dribble out if  it involved me coughing, standing up and taking deep breaths. I was beginning to wonder if jumping up and down on a hospital bed like in the Olympic games opening ceremony would be required.

The reason they need the blood is mainly to check that you're well enough for the next round of chemotherapy so they're looking at platelet counts and white blood cells. The other thing they do though is check for certain cancer markers in the blood, one of which is called CEA (which Professor Goole informs me is short for Carcinoembryonic Antigen). In healthy people the level is around 2.5 ng/ml and in your dragon at the start of treatment it was somewhere around the 300 mark indicating one seriously busy set of carcinomas.

Apparently according to my latest leakage into a test tube, I'm now down at 2, indicating that the bastard things aren't growing and we've put them to sleep.

Of course this being cancer it's swings and roundabouts and the wobbly-sit-on-horsey-mounted-on-a-spring in my playground is the fatigue. It's now pretty much constant throughout the 2 week treatment cycle whereas before it limited itself to when the 5FU pump was running and a day or two afterwards. Fatigue isn't like just being tired; sleep doesn't cure it and it messes with your head making concentration difficult and your thoughts as slow as wading through treacle. 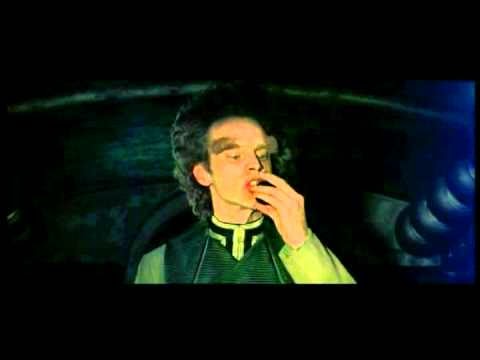 "...It is by the juice of sapho that thoughts acquire speed..." I could do with some of that

So anyway because of that I've stopped driving and I'm relying on the Mrs Dragon chauffeuring services.  I should probably get her one of those hats.