And then all my hair falls off

"And then all my clothes fall off..." 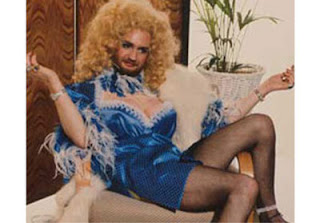 fig 34: in the best possible taste

Well OK my clothes stayed on but my hair fell off.

I've had the chemo drug Irinotecan before and while they say that hair loss is a possibility it's never been a problem for me before. Sure it thinned a little bit and grew back a bit haphazardly but my nice thick and quite long hair was still there.

Not this time. A couple of days after the Irinotecan infusion my scalp started to feel quite sore, like someone had been tugging at my hair. Soon as I touched it loads of strands just came away in my hand. And over the weekend it got worse, whole clumps start to come out and  by Monday morning I look like a cross between a mangy fox and the guy with the bad comb over in that Hamlet advert 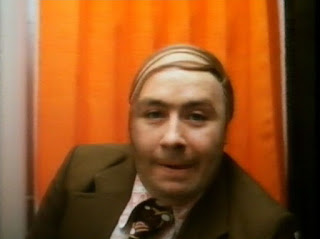 Yes seriously that bad, I looked awful and I'm still shedding bits of hair everywhere like a moulting dog and I seriously hope these drugs are messing up the cancer as well as they're messing up my follicles.

So drastic times call for extreme measures and so I go into town, find an old fashioned stripey pole barbers shop run by a sixty odd year old guy whose Teasy-Weasy skills begin and end at "number two on the sides and half off the top" and ask him to cut the lot off. Which he does.

Excellent, now I look like a particularly scruffy toilet brush.

However after the purchase of a new razor and a few minutes scraping in the bathroom I now have a nice smooth head. And to be honest I don't think that it looks too bad Sure it's not good and I preferred having hair but it could be worse.

I could have that comb-over.

Posted by Dracunculus at 08:29