Life at the bleeding edge

So as you know I signed up for this research trial a few weeks ago and now here I am, set in a very quiet research wing of the hospital on a Saturday afternoon fiddling around with the sticky pads on my heart monitor leads which occasionally fall off and make the machine think I've gone into ventricular tachycardia. This has an interesting reaction as the monitor is a telemetry one and every time it gets fooled into thinking I'm dying an alarm goes off and two or three nurses pile through the door expecting to find a dragon having a heart attack instead of one sat up in bed watching The Apprentice on catch-up and eating biscuits.

In order to get here I've had to go through loads of blood tests, PET/CT scans and a liver biopsy which let me tell you, despite plenty of local anaesthetic, hurts a whole lot. But all the tests are good and now I get to take the new wonder drug which is administered 10ml at a time for a whole week essentially by the same method as the 5FU chemo drug I've been on since this bastard rollercoaster ride started. The side effects aren't too bad so far apart from the first night when my guts decided there was a quantum singularity inside me and they were damned well going to collapse towards it. There's a tingling in the hands and feet too, bit like the neuropathy of Oxaliplatin but not temperature sensitive. Unfortunately that seems to be spreading up my arms so I'm not sure what's going on there.

But the good (probably) news is that I'm on the maximum dose for the trial so it should (again, probably) have the best effect. We won't find out though until the middle of next week when I get yet more positrons and, oh joy unbounded, yet another liver biopsy.

It's also a bit dull in here to be honest although all the staff are really friendly. Mrs Dragon comes to visit most days and we've set up Skype so we can chat but I did find myself earlier using the remote motorised bed control to raise the head part of the bed whilst humming The Thunderbirds theme song so I might be getting a little bit of cabin fever. 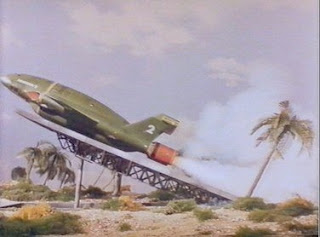 
They didn't mention that in the side effects.
Posted by Dracunculus at 08:07